Skip to content
IBA Newsroom > Tip of the Week > Radio > A Great Transcribing Tool… Free! It’s our Tip Of the Week 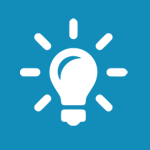 This one comes from Poynter. It’s one of the reasons why I threw a little money their way during their end of year fundraising campaign.

Ren LaForme listed the top 10 tools for journalism from the past year.  They are worth a look.  This one caught my attention.

“A little over a year ago, I rounded up the most popular automatic transcription tools, which turn recorded audio into text, and put them through the ringer. Then Otter came along and released a more accurate and less expensive tool a few months later. There’s not much to dislike about it. Otter automatically transcribes audio in real time (and supplies an even more accurate transcript later). There’s an app and a website version. Sharing audio and transcriptions is a breeze. Oh, and with 600 minutes free every month, you probably won’t ever pay for it. We live in the future.”

I am curious how this works for you. Let me know Bwheelhouse1@comcast.net