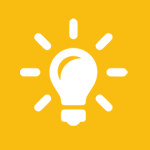 There is a big election coming up in Chicago.   Some of the issues are entirely parochial. Others have a wider impact. There is room for the Chicago mayoral election in newscasts across the state.  That coverage can be very selective and focused.    You need to tell your audience what’s important and even why they should care.  Here are a few thoughts:  Again, this is for those outside Chicago.
1. Don’t Need the Horserace-The easiest news won’t be the best.   The audience really doesn’t need the horse race coverage.  A poll showing who’s ahead isn’t going to affect your viewers. They won’t have much idea on the individual stances of candidates.   Why put something irrelevant in your newscast?
2. No Need For Turn of the Screw-One candidate attacking another may play with voters in the City.   It may get a lot of coverage in Chicago.  In the rest of the state, this is the stuff to avoid.  There are always exceptions, but unless its highly unusual.  Stay away from the day-to-day junk.
3. Find The Impact-The winner will become a player at the state and national level, if they aren’t already.  They will impact policy debates and issues that certainly could impact people across the state, from such issues as gambling to health care for the poor.  They will be running the biggest economic engine in our large state.
4.  Keep An Eye On Interesting or New Policy Issues-One proposal out there right now, is that Chicago Aldermen shouldn’t have outside jobs.  That would be a major change in the political landscape and possibly in ethics and good government circles.   Is that an idea that could start showing up among State legislators or beyond?      You certainly might see developments involving sports teams, rail traffic and transportation.
5. Your Audience Visits Chicagoland-Let them know about things going on in the race that could affect them, such as expanded gambling, hotel taxes, the involvement of the Cubs’ owners in the political debate, and work on the major expressways.
Find the stuff that is interesting and relevant.  You don’t have to use the latest wire story. You don’t need a daily news splash.  But now and then, skip the feature from Colorado on a slow news day and give your audience real information.
Ideas or thoughts?   Let me know Bwheelhouse1@comcast.net.