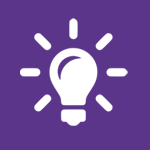 We can all work to improve our news writing. As our friend Ken Keller noted several years ago, we can also work on our rewriting.   The suggestions below are excerpted from a column Ken used to write in INBA Tune IN.  Thanks Ken!

We do a lot of quick writing in this deadline crunch business of broadcast news, and we do a lot of rewriting.  Rewrites can be a hassle. But they are necessary and desirable because they freshen a newscast by adding new information or, in some cases, by telling the story better than the original way it was written.

Writers can easily, and without intention, distort or change a story’s meaning or accuracy as new and different versions get produced down the line.    A writer will rewrite another writer’s story not understanding the nuances of the original.  Assumptions and inferences are often made that put a new spin on the story, change its meaning and perhaps even give inappropriate weight to facts that might not have even been in the original story.

Good rewriting takes skill and a desire to do the job correctly.  Here are some items to think about as you face the task of rewriting copy — especially if you did not write the original story: