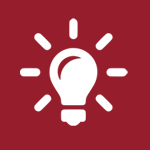 Taking some extra time when writing can allow you to take what you considered throw away b-roll to actually help tell and improve your story.

At his recent appearance at IBA’s convention in Normal, Poynter Institute’s Al Tompkins was helping reporters make their writing more interesting.  Al says you “explain the video, you don’t narrate it.”  The  video in this case would be footage of the story’s subject sitting at an office desk or on the telephone. Doesn’t sound riveting.  You can make it more interesting.  Instead of just talking over the footage, “use that footage to better explain the subject.”

What are they doing at the desk?  Are they sorting through complaints about potholes in town? Is the person reviewing files deciding who may get out of prison early?  If you tell people what the subject is doing you’re helping tell the story and making it more interesting!

“That video is often the basis of the story,”  Tompkins noted.

He says the same goes for writing cut lines for photos on web pages.   Tompkins says the cut line is not what’s in the photo.  The cut line should be about the story.